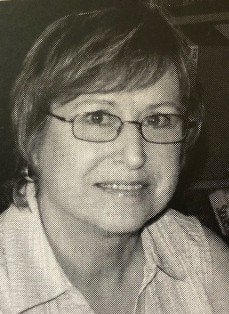 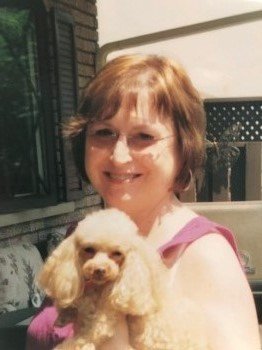 Lynda Mary Janney was born in Ottawa on June 10, 1949. She was the daughter of Mary Anita Smith and Joseph Edward Firth and the sister of Lorna Agnes Firth and Martin Joseph Firth.  The Firth’s had a cottage on the Rideau River just past Manotick, Ontario which was adjacent to her grandfather and grandmother’s cottage. Lynda, Lorna and Martin spent many weekends and summers there and it was these experiences that shaped her love of the countryside and cottage country.

During the 1970s she studied Human Resource Management at Algonquin College and the University of Ottawa.

Following this, she entered the Human Resource Management field in the Public Service. She held various HR specialist positions and HR management positions in the Ministry Secretariat of the Ministry of the Solicitor General and in Health and Welfare Canada.  She then moved to the Human Resources Branch of the Treasury Board Secretariat as an Executive where she dealt with organizational change at the most senior level and made recommendations to the Treasury Board.

In 1970, Lynda met Doug Janney Sr. and married him on January 6, 1973. She shared his enthusiasm for cottage and country living with Doug and her children on Spectacle Lake, in Madawaska, Ontario and became a fishing partner too.

There never was a dull moment as Lynda took on the role and responsibilities of not only a wife but also as a mother. During the same time she encountered increasingly more challenging work including being a ‘hockey Mom’ around the hectic and busy hockey schedules of both April and Doug Jr.  Lynda was elected President of the Ottawa Women’s Hockey League in approximately 1982. Having owned several antique automobiles, she and Doug were also members of the Historical Automobile Society of Canada (HASC).

In 1995 Lynda became involved with the Federal Science and Technology workforce and their HR issues.  Lynda was instrumental in developing and implementing a framework and a process which resulted in improved human resources management of the Federal Science and Technology community. This framework and process became the norm for broader policy issues and was a model for other communities in the federal public sector such as the newly created Food Inspection Agency.  As a result, in December 1999 Lynda received the “Head of the Public Service Award” presented by the Clerk of the Privy Council for valuing and supporting public service employees.  After 35 years in the Public Service, Lynda retired in July 2002.

Following the introduction of Bill C-17 on Firearms Safety, Lynda was appointed by Justice Canada and the Chief Provincial Firearms Office of Ontario as an Instructor and Examiner.

Lynda and Doug moved to Renfrew in 2002.  Shortly after they became members of the Eganville Baptist Church.

Lynda created beautiful paintings and artwork which her grandson Bradley continues today because of her sharing passion for the arts, whereby her other grandson Kevin plays guitar which Lynda never missed a concert.

She was also an avid reader and was a member of Renfrew’s “For the Love of Reading Book Club” including being a Trustee on the Renfrew’s Library Board for approximately 7 years, eventually becoming Chairperson.

In March 2019, Lynda was diagnosed with stage IV lung cancer which she ultimately lost her battle on July 5, 2019 with her family by her side at the Renfrew Victoria Hospital.  There will be a celebration of her life to be arranged shortly where friends and family are welcome.

Share Your Memory of
Lynda
Upload Your Memory View All Memories
Be the first to upload a memory!
Share A Memory
Plant a Tree