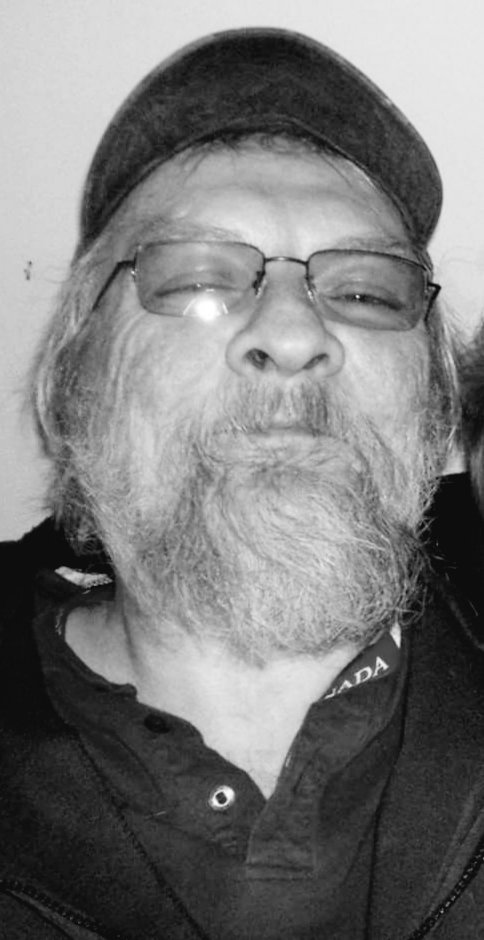 Marc was born in Ottawa and spent his childhood there.  At the tender age of 17, the Pacific coast called to him.  He remained in B.C. for the next 17 or 18 years exploring the wonders of the coast.  At the time, Marc heard another call!  It was the time to return to Ontario.  He settled in the Renfrew area.  Here he spent the next 15 years or so reconnecting with his brother Marty and his family.  Marc became deeply loved by his new found family and his many new friends.  Marc did return to his beloved west coast with his fur-babies, his giant black dog Dante and his cat Folly.

Marc returned home with his fur-babies to Dacre and the Renfrew area for the last 7 years.  This was at the insistence of his brother Marty and his sister-in-law who wished to help and care for him as his health failed him.  Marc passed peacefully at home with his family by his side.  He is survived by his Mom Constance Sheppey,  aunt Carol (Chuck), his brother Marty (Tammy) Fournier, step-sister Barbara Sheppey, many nieces and only nephew Dallas as well as 3 grand-nieces.

Predeceased by his father Russell Garnham, paternal grandmother Mary Garnham, maternal grandparents Aureal Fex and Aline Lacroix. Arrangements entrusted to the care of the Goulet Funeral Home.  Donations in Memory of Marc may be made to Valley Animal Rescue.  Online condolences/donations may be made at www.gouletfuneralhome.com

Share Your Memory of
Marc
Upload Your Memory View All Memories
Be the first to upload a memory!
Share A Memory
Plant a Tree