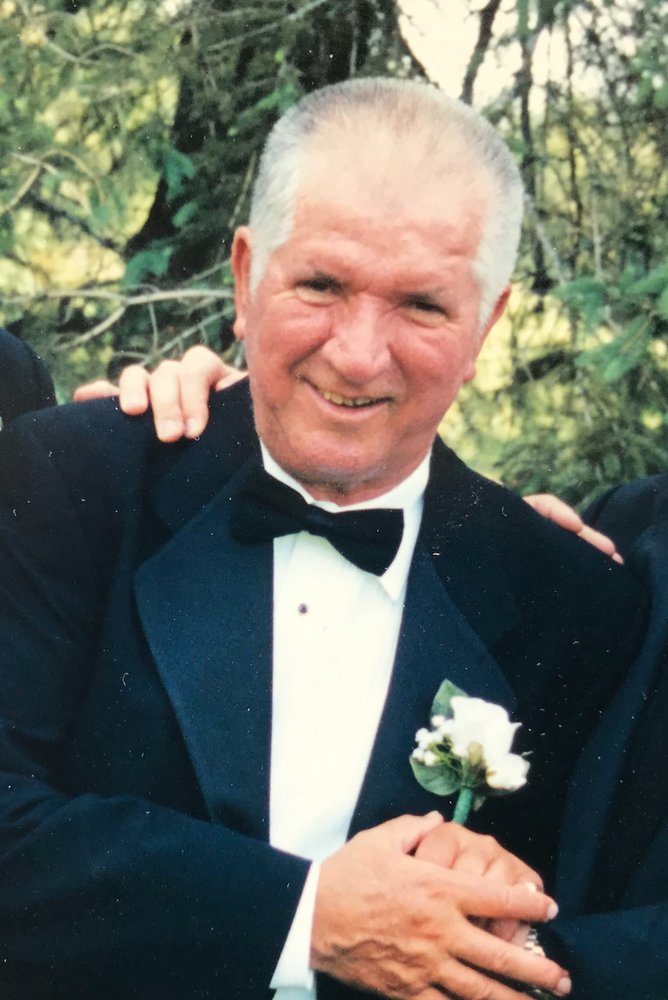 Passed away in peace on Sunday, August 11th, 2019 at the age of 81. Preceded in death by his wife Valerie. Dear brother of Angela. Loving father of Andrew and Chris (Leanne). Proud Grandad to Matthew, Carolyn, Colin and Samantha. Uncle of Jennifer (Derek), Laurel (Lewin) and Michael (Julie). Brother-in-law of Ed Komorowski.

Born in England, Dad spent his formative years in Jamaica and Canada where a career in drafting/design commenced, including a stint on the AVRO Arrow project. A natural offshoot of his occupation, Dad was a life-long lover of all things aeronautical and cars, particularly MG’s, where many hours were spent researching, restoring and driving said vehicles!
Family roots were planted in Georgetown and Dad became involved in the activities of his two young sons, the growing social scene of a new community, as evidenced by the always entertaining basement parties in his hand-built bar area, and was always seen on Sunday mornings for his customary long walks.

A life curve ball in 1983 saw Dad recover from a car accident where some physical challenges remained, however his sense of humour, love of sunshine, a car ride and a cold beer did not diminish! Thank you to the Allendale Day Program for Dads care.

A move to Renfrew in the 2000’s, Dad was welcomed at the Bonnechere Manor Day Program and eventually became a full-time resident. Well cared for, Dad enjoyed the back and forth greetings received from everyone. A very special thank you to Dr. Di Paolo and the staff at Bonnechere for keeping Dad looked after. A further thank you to the Sunshine Coach service for Dads ‘wheels’ around town.

Cremation has taken place. In memory of Jim, donations may be made to the Bonnechere Manor Foundation.

Share Your Memory of
James
Upload Your Memory View All Memories
Be the first to upload a memory!
Share A Memory
Plant a Tree