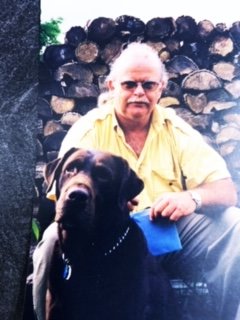 (Past President and past member of the Renfrew Lion's Club)

After a valiant battle our beloved brother passed away peacefully at Renfrew Victoria Hospital on Thursday November 14, 2019 at the age of 66.  Loving son of the late Allan and Helen (Hollingworth) McGregor.  Dear brother of James of Haliburton and Robert (Wendy) of Jasper.  He will be fondly remembered by his nieces and nephews, Hannah McGregor,  Allan McGregor, Katie McGregor,  Cameron McGregor, Colin McGregor, Heather Vandusen; his 5 great nieces, 1 great nephew and his co-workers at Cavanaugh Construction.  A Celebration of Life will be held at the Royal Canadian Legion Branch, Renfrew on Saturday January 18, 2020 from 1-3 pm.  Donations in Peter's memory may be made to the Canadian Guide Dogs for the Blind Foundation.  Sincere appreciation to the Drs. and staff of 2nd floor at Renfrew Victoria Hospital for the care of Peter. Online condolences/donations may be made at www.gouletfuneralhome.com

Canadian Guide Dogs for the Blind

Share Your Memory of
Peter
Upload Your Memory View All Memories
Be the first to upload a memory!
Share A Memory
Plant a Tree