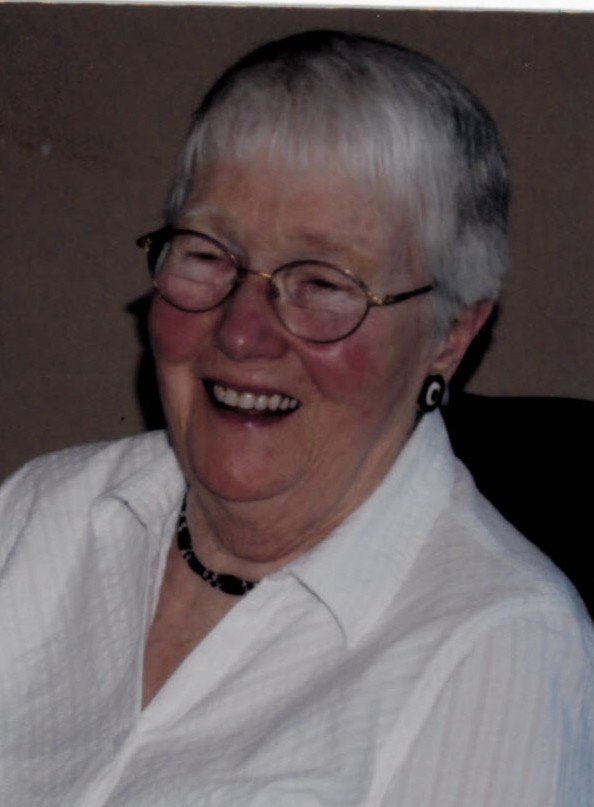 Peacefully in Hospice Renfrew on Wednesday November 27, 2019 in her 90th year. Betty beloved wife of the late Treffle Belanger (2001) Loving mother of Brent (Brenda), Marlene (Leonard) Pasco and Theresa (Robert) Cybulski all of Renfrew.  Survived by grandchildren Nancy (Orlando), Aimee (Steve), Brett, Sarah (Brandon).  Great grandchildren Aidan, Nicholas, Owen, Jonathan and Niamh.  Also, by many nieces and nephews her relatives in England and New Zealand. Pre-deceased by her sister Mary (late Tom) Barr and brother Donald (late Phyllis) Brown.  A Memorial Visitation will be held at the Goulet Funeral Home, 310 Argyle St. S., Renfrew, on Saturday December 7th, 2019 from 2-4, 7-9 pm.  Interment to be determined at a later date.  In memory of Betty, donations to Renfrew Victoria Hospital or Hospice Renfrew would be appreciated. Online condolences/donations may be made at www.gouletfuneralhome.com

Share Your Memory of
Betty
Upload Your Memory View All Memories
Be the first to upload a memory!
Share A Memory
Plant a Tree