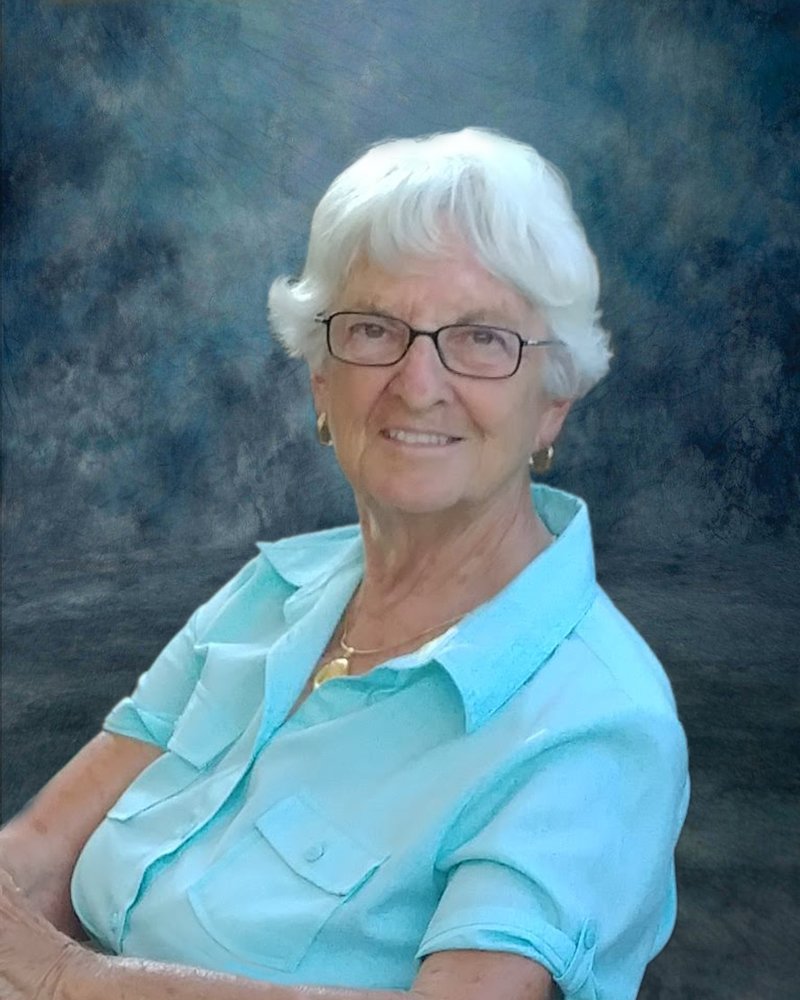 It is with sadness that we announce Elsie's passing at Bonnechere Manor on Monday June 29, 2020 at the age of 83. Loving wife of Donald Kane for 60 years. Loving Mom of Monica (Rick Baggio), Dennis (Beverly), Bruce (Debbie), Paula (Jaimie Perry). Proud Nanny of Kyle (Stacey), Brenna, Collin, Ryan, Ally, Sydney, Owen, Jordan and Jocelyn. Cherished sister of Grace (late Robert), Gerry (Jackie), Ronald (Paula), Cletus (Anne Marie), Ettie (Raymond), Alvin (Charlie), Alice (late Bernie) and David (Lois). Dear sister in law of Peter (late Eleanor). Predeceased by her brother Howard (late Peggy) and her brother in law Joseph (late Bonnie). Elsie will be fondly remembered by many nieces, nephews and friends. A Memorial Mass will be celebrated by her family at St. Francis Xavier Church, Renfrew. Interment parish cemetery. Donations in Elsie's memory may be made to the Bonnechere Manor Foundation. Online condolences/donations may be made at www.gouletfunernalhome.com

Share Your Memory of
Elsie
Upload Your Memory View All Memories
Be the first to upload a memory!
Share A Memory