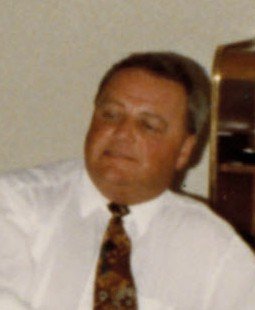 Larry passed away peacefully at the Renfrew Victoria Hospital on Wednesday January 27, 2021 at the age of 66. Larry was the loving son of the late Dan Wilson and Joan M. Wilson. He will be remembered by his brother Jim (Clare), and his sisters June (Gilles Gervais) and Shirley Wilson O'Driscoll. Larry was uncle to many nieces and nephews. Dear nephew of Lillis Bell, and cousin of John Wilson, Gloria Wilson Mick, and Elson (Phyllis). Larry had a great love for hockey and was a former player for the Renfrew Wolves and Junior Wolves and also played at Algonquin College and North Bay. He will be missed by all of his friends he made out west and down east. Larry will be fondly remembered by his best friends Terry (Cathy) Vincent, John (Miriam) Hunt, Johnny Smith, Glenn Stuart, Sheryl Selle and the Briscoe family. There were so many people, our brother was loved by, you all know who you are. Throughout his life Larry had many accomplishments including being the head boy at R.C.I. A kind and caring person he was always so proud of his hometown. Larry was the food and beverage manager for many well known hotels across the country including The Chateau; Lake Louise, Petroleum Club; Calgary and the Ottawa Hunt and Golf Club For the last number of years Larry was at Renfrew Victoria Hospital. He was well cared for during that time by everyone there. A special thanks to Dr. DiPaolo and Dr. Pinard and the staff of the third floor. Donations in Larry's memory may be made to the Renfrew Victoria Hospital A graveside service will be held at Rosebank Cemetery in the summer. Online condolences/donations may be made at www.gouletfuneralhome.com

Share Your Memory of
Larry
Upload Your Memory View All Memories
Be the first to upload a memory!
Share A Memory