In 1944, Don Goulet Sr. received his embalmers license from the Canadian School of Embalming in Toronto. Upon receiving his funeral directors license, he returned to Renfrew to work at the Quinn Funeral Home. 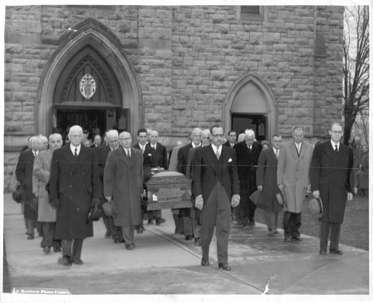 For 24 years Don faithfully served Renfrew and area at the Quinn Funeral Home, building a reputation as an honest, caring gentleman with his client families. In 1968 he felt he could better serve the community with his own funeral establishment and broke with Quinn's to chart a new course. The new funeral home was a modest building but quickly the community embraced Don's dream.With his hard work and dedication and with the support and assistance of his wife Christena, the business began to grow.

In 1972 his son Don Goulet Jr. received his funeral directors license from Humber College and began to work with his father in the family business. While Don Sr. passed away in 1991, the funeral home
continued to grow under the direction of Don Jr.
Circa 1968 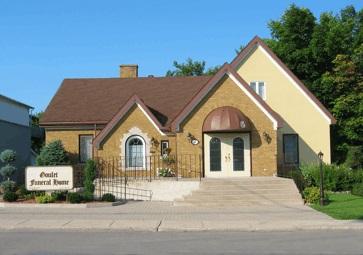 Extensive renovations were made to the funeral home in 1991, creating a larger atmosphere with 3 visitation rooms, 2 lounges along with wheelchair accessibility.

In 1994, Don Jr.'s daughter Natasha received her funeral directors license. As a newly licenced director, she gained valuable experience working in the cities of Toronto and Hamilton. In 2003, Natasha returned to her hometown officially making the Goulet Funeral Home a 3rd generation family business.

In 2012, the business purchased a 3 acre lot on Barnet Boulevard in Renfrew for future development.