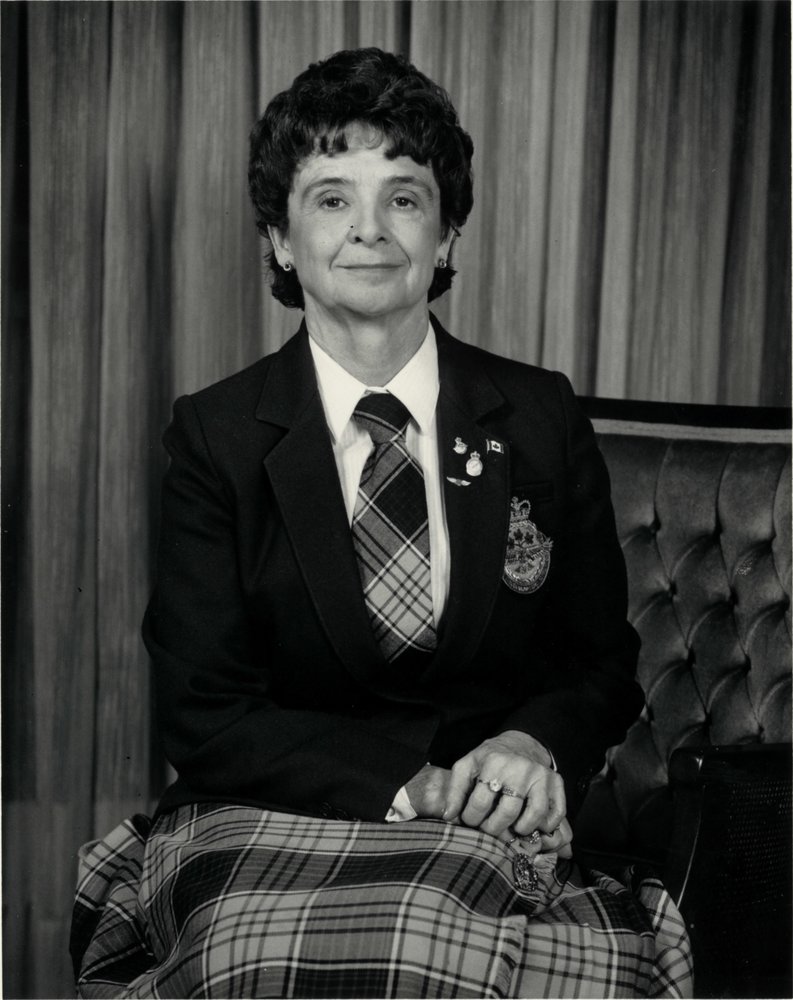 Latendresse, Iva Frances (nee Thompson) With sadness we announce the passing of Iva Frances Latendresse on the 8th of April 2020 at the age of 93. Predeceased by her husband Louis a WW II Vet RCAF fighter pilot, by her daughter Bonnie Kerr , her parents Lloyd and Edith Thompson, her siblings Gladys, Garnet and brother in law Peter (Thompson). She is survived by her son James (Anne), her sister Marlene Thompson, grandchildren Jill (Steve Wrathall), Jamie Kerr (Sheila), Kris Kerr, great grandchildren Roch, Zach, Dawson and Nolan. Iva was a kindergarten teacher for 35 years with the Renfrew County Board of Education. She was the past president of the RCAF wing 433 in Renfrew and a member of the Renfrew Legion Branch 148. Iva was also a member of the Renfrew County Fiddlers and enjoyed country music, playing and singing in the band. Iva's family would like to thank all of the staff at Quail Creek, Bonnechere Manor and all of the nurses and doctors for the wonderful care that was provided to our Mom and Grandma. A graveside service will be held at St. Francis Xavier Cemetery, on Monday July 6th at 2:00 pm. In lieu of flowers, donations to the Renfrew Wing #433 or the Renfrew Legion Branch would be appreciated. Arrangements entrusted to the care of the Goulet Funeral Home. Online condolences/donations may be made at www.gouletfuneralhome.com

Share Your Memory of
Iva
Upload Your Memory View All Memories
Be the first to upload a memory!
Share A Memory