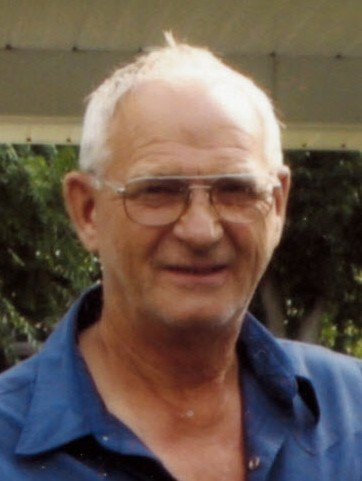 Please share a memory of Rodger to include in a keepsake book for family and friends.
View Tribute Book
Rodger passed away after a short battle with cancer on January 2, 2021 at the age of 83. Survived by the love of his life Shirley (nee Leskie), children Rodger (Carroll), Tracey Marki (David), and Bob (Amanda), grandchildren Jessica, Derek and Bianca, and great-grandchildren. Lovingly remembered by his brother Donnie, and sisters JoAnn Yolkowskie and Marion Birrell (John). Missed by sister-in-laws Tootsie Yolkowskie, Debbie Legris (Gary), Becky Leith and by many friends and other family, too many to note. Rodger was predeceased by his parents Evelyn (nee Matz) and Joseph, sisters Sylvia Burgess, Barbara Benfield and brother Larry, sister-in-law Diane Leith and brother-in-laws Donald Yolkowskie, Ronnie Yolkowskie, and Bill Benfield. Rodger and Shirley celebrated their 60th wedding anniversary in 2020, raising their children in Renfrew, Ontario. Rodger was a long-haul truck driver and Shirley joined him on many trips throughout Canada and the United States. Shirley treasures their trips to Florida and Hawaii and the many family trips taken when the children were young. She and family thank friends and family joining them in remembering Rodger; per his wishes, a private family celebration of life will take place at a later time. Donations in his memory to your local animal shelter would be most appreciated. Rest in Peace Rodger – you were one of a kind and we will love you forever! Arrangements entrusted to the care of the Goulet Funeral Home, Renfew, ON. Online condolences/donations: www.gouletfuneralhome.com

Share Your Memory of
Rodger
Upload Your Memory View All Memories
Be the first to upload a memory!
Share A Memory