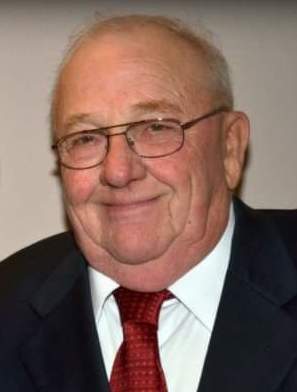 It is with great sorrow that the family of Ernie Nesbitt announces his passing in the early evening of Saturday May 1, 2021 at Renfrew Victoria Hospital. Cherished and admired husband of Elizabeth, loving and proud father of Ian (Edmonton, Alberta), Jane (Tony) Angelo (Lindsay, Ontario), and Brian (Arnprior). Caring grandfather of Ian’s son Curtis Haaima (and his children Avery and Sawyer) and daughter Katelyn Nesbitt, Jane’s daughters Grace and Victoria Angelo, and Brian’s children Blair and Avery Nesbitt. Ernie will be especially missed by his special sister-in-law / friend, Dianne Gillette and her husband Al. Fondly remembered by mother-in-law Florence Nesbitt, brother-in-law Wayne (Molly) Jamieson, and sister-in-law Deborah (Dave) Dickson. Survived by brother George Nesbitt. Predeceased by parents, Harold and Pearl Nesbitt, brothers Donald and Jim Nesbitt, and sisters Marilyn Nesbitt and Aleta (Keith) Monaghan. The family wishes to thank family physician, Dr. Andrea Di Paolo for his exemplary and devoted care over the years and the formidable and dedicated doctors and nurses of the Second Floor of the Renfrew Victoria Hospital. The family requests that those who wish to express sympathy to consider donating to the Renfrew Food Bank or Renfrew Victoria Hospital Foundation. A celebration of Ernie’s life will be held at a later date.

Share Your Memory of
Ernest
Upload Your Memory View All Memories
Be the first to upload a memory!
Share A Memory