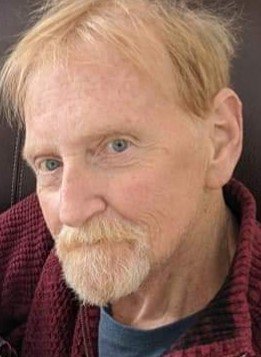 It is with heavy hearts that the family of Andrew “Andy” Pigeon announce his peaceful passing at Hospice Renfrew on May 21, 2021 with his children by his side. With more than 30 years of battling numerous health issues, we take comfort that he is now able to rest and reunite with his beautiful and beloved wife of 40 years, Angela. Admired father to Courtney, Jocelyn (Steve) and Taylor (Samantha) and a proud and doting Grampa to Eric Andrew and Jake Robert. Loving son of Oscar Pigeon, predeceased by his mother Maureen and stepmother Anne. Cherished brother of Carron (Tim), Michael (Patricia), Kevin (Naomi) and the late Sean (Christine) Pigeon. He will be greatly missed by his many nephews, nieces, aunts, uncles and cousins and will forever remain in the hearts of past and present members and fans of Daybreak and Fifth Street. For all of those who had the pleasure to meet Andy, you would know that his life is immeasurable in words of how truly generous, patient, kind, humorous, modest and incredibly talented of a man he was. He leaves his legacy in the musical community as a phenomenal guitarist and dedicated sound technician for both pleasure and charity. He was a hardworking handyman, a true jack of all trades who humbly sacrificed his time and energy to lend his hands to everyone and lend his ears to anyone in need. To say he was an extraordinary man would be an understatement. He was a true friend, brother and mentor to so many people throughout his life, whether near or far. After 14 long years of serious complications and procedures, Andy was gifted the precious heart of a young man through organ donation on May 16, 2005. From that day forward, he made it his mission to never waste a single moment of the extra 16 years of life he was so graciously given. In 2018, he was diagnosed with Stage IV lymphoma where he courageously fought a new set of battles, yet always maintained his word. He accomplished each new goal he set out for himself and his family - to spend quality time with his oldest daughter, witness his youngest daughter marry, see his grandsons into the world and watch them grow, and to make sure the love of his life would never have to live a day without him by her side. Our family would like to thank all of the wonderful doctors, nurses and staff that cared for Andy throughout many years at the Ottawa Heart Institute and Ottawa Hospital Cancer Centre. A special thank you to the Renfrew Victoria Hospital and Hospice Renfrew for the exceptional palliative care and services provided. An extra special thank you is extended to Andy’s donor family who provided him with the Gift of Life. Per Andy’s request, there will be no visitation and cremation has taken place. Any memorial services will be determined at a later date. In lieu of flowers, donations in Andy’s memory made to the Ottawa Heart Institute or Hospice Renfrew would be greatly appreciated. Online condolences and donations may be made at www.gouletfuneralhome.com

Share Your Memory of
Thomas
Upload Your Memory View All Memories
Be the first to upload a memory!
Share A Memory