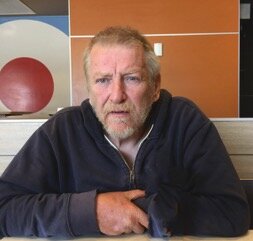 It is with much sadness that we announce the passing of Jessie Turner. Jessie died peacefully on December 3rd, 2021 after a courageous battle with cancer. Predeceased by his adoring and devoted mother, Kaireen (Legris) Turner, his steadfast and loyal father, Jessie Turner, his faithful wife, Theresa Turner, three siblings and a nephew: Christopher Turner (Diane Gabias), Melanie Brattman (David Brattman) and John Brattman (Carrie Kurtz). Jessie is survived by his loving, eldest brother Kerrigan Turner (Lise Dionne) and nieces and nephews: Michael Brattman, Adam Turner, Tiffany Turner, Dawn-Marie Turner and Johanna Turner. The youngest of four, Jessie was the apple of everyone’s eye. He was an accomplished athlete at Loyola and particularly excelled at skiing. Anyone who spent, even a little time, with Jessie, knew him to be a gentle soul. Intelligent and kind, he could always be relied on for sage council and impartial guidance. He played many roles at his time at Hampton Lodge, most importantly, he was a friend to all. Jessie was grateful for what he had in life, never resentful for what he lacked: an inspiration to those of us he leaves behind. The Turner family is most grateful to his wonderful caregivers at Hampton Lodge, particularly Marcia Francis-Bartley. Also exceptionally, was Jessie’s physician, Dr. Susan Whitely, who treated him like he was family. We are also most appreciative to Jessie’s oncologist at the University of Ottawa Hospital, Dr. Scott Laurie. In lieu of flowers, memorial donations to the Hampton Lodge-Residential Services Home, 306 Irene Cres, Unit 306, Ottawa, Ontario, K1Z 7J1. Remembrances and condolences may be shared at www.gouletfuneralhome.com

Share Your Memory of
Jessie
Upload Your Memory View All Memories
Be the first to upload a memory!
Share A Memory