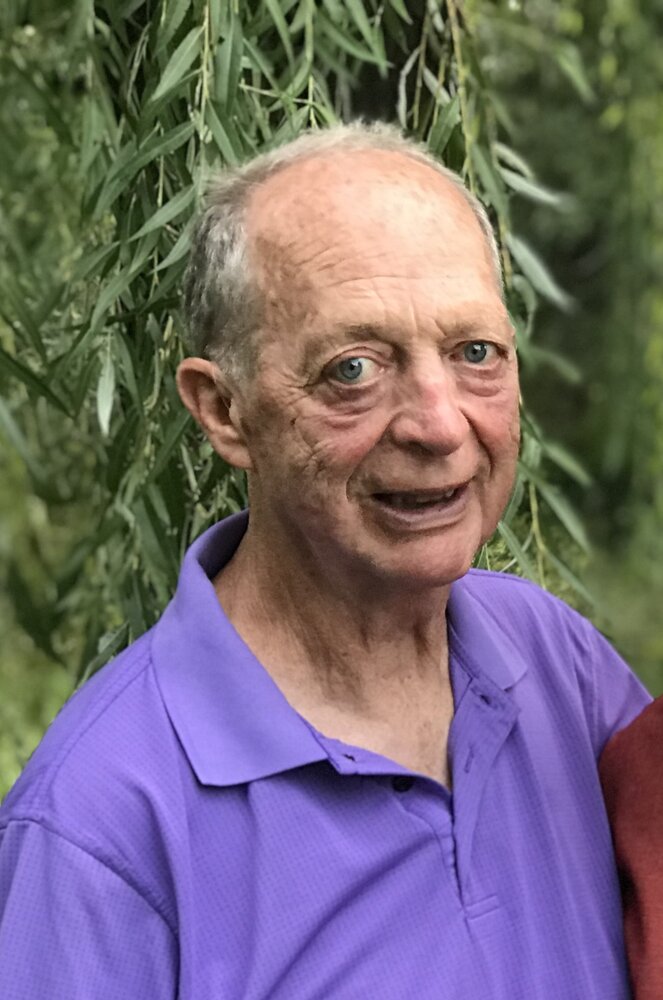 Johannes “John” Gerardus Berkhout passed away peacefully on May 30, 2022. He was 81-years old. Beloved husband of Nancy (nee Tallon) and the late Maria Berkhout (nee Stutz - 1978). Loving father to his nine children: Juanita Berkhout (John), Virginia Dawson (Jeff), Dan Berkhout (Genn), Derek Berkhout (Jo-Anne), Tom Berkhout (Claire), Chris Thompson (Robyn), Marty Thomas (Shafton), Mike Thompson (Emily), and Bill Berkhout (Sayaka). Adoring Opa to his 19 grandchildren or, as John called them, his “cookie-bum-bums”: Abigail, Akira, Ashlyn, Elara, Ella-Simone, Elizabeth, Eric, Harrison, Isla, Jeremy, Jonathan, Kairu, Maria, Mateo, Olivia, Rachel, Raeya, Tori, and Thys. And proud great grandfather to Lennon. John was born in 1940 in the Dutch village of Wadway, North Holland. Born during the German occupation of the Netherlands, most of his earliest memories were of the war. During this time his father, John, was active in the Dutch underground and his mother, Catherine, sheltered Jews in their home. From these early experiences he carried throughout his life a strong sense of duty, kindness to others, and self-sacrifice. In 1952, John and his five siblings (Jack, Gerry, Sam, Lea, and Hans), immigrated with his parents to the Niagara Peninsula region of Ontario. His sixth sibling, Bill, was born soon after their arrival. At school he quickly learned English as well as many important cultural lessons such as the fact that a baseball is meant to be thrown and not kicked like a soccer ball. In high school, John hitch-hiked 20 kilometres every day to attend Notre Dame High School in Welland, Ontario. During high school he loved to play basketball and football, earned good grades “for an immigrant kid”, and worked a part-time job from which most of his wages went to his family. After high school John dreamed of going to university but it was not financially viable for him to do so. Instead, he started working as a bank teller for the Bank of Montreal. Over the course of the next decade, his job with the bank took him to several different communities across Ontario, including a two-year stint as the branch manager in Renfrew. In the early 1960s, John went to a community dance where he instantly fell in love with one of the Swiss yodellers performing on stage, Maria Stutz. A couple of years later John and Maria were married and by 1973 they had five children together. After more than a decade with the bank, he and Maria decided it was time for a change. In 1974 they saw an advertisement in the Globe and Mail for a small business just outside of Renfrew called Storyland, a year later it was theirs. So began John’s wonderful labour of love. Over the next 32 years he welcomed more than one million smiling faces through Storyland’s magical forested trails. He was also a fierce promoter of Renfrew County’s growing tourism industry throughout his career, serving many years as the President of the Ottawa Valley Tourism Association. Sadly for John and his family, Maria died suddenly after a fatal car accident in January 1978. This period of life was without a doubt John’s darkest and most challenging. Rallying around him were his many friends, family, and amazing young staff. His heart was broken but love was not in short supply and ultimately saw him through. In 1982, John met Nancy Tallon and her three beautiful children. A year later they married and two years after that, their shared joy, Bill, was born. With so many children and a growing business, there were seldom any dull moments. Even with so much going on, John always managed to find time to make each of his children feel special. Indeed one of his greatest gifts was making other people feel good about who they were. It’s just what he did. In 2008 a new leaf was turned in John’s life when he sold Storyland. For most of the next 14-years, John and Nancy lived in their beloved home on Olmstead Lake where he gardened, entertained friends and family, made home-made soups, exercised daily, read voraciously, and enjoyed the beauty around them. Over the course of his 81-years of life, John touched many thousands of lives through both his work and personal life. He was fond of saying how important it was to “make memories” together. Thanks to him we did and because of these he will always be with us. Visitation will be held at the Goulet Funeral Home, 310 Argyle St, S. Renfrew on Friday June 3, 2022 from 2-4, 6-8 pm. A Mass of Christian Burial will be celebrated at St. Francis Xavier Church, Renfrew on Saturday June 4th at 10:00 am. Interment Parish Cemetery. In lieu of flowers, donations can be sent in John’s name to the Make a Wish Foundation Canada

Share Your Memory of
Johannes "John"
Upload Your Memory View All Memories
Be the first to upload a memory!
Share A Memory