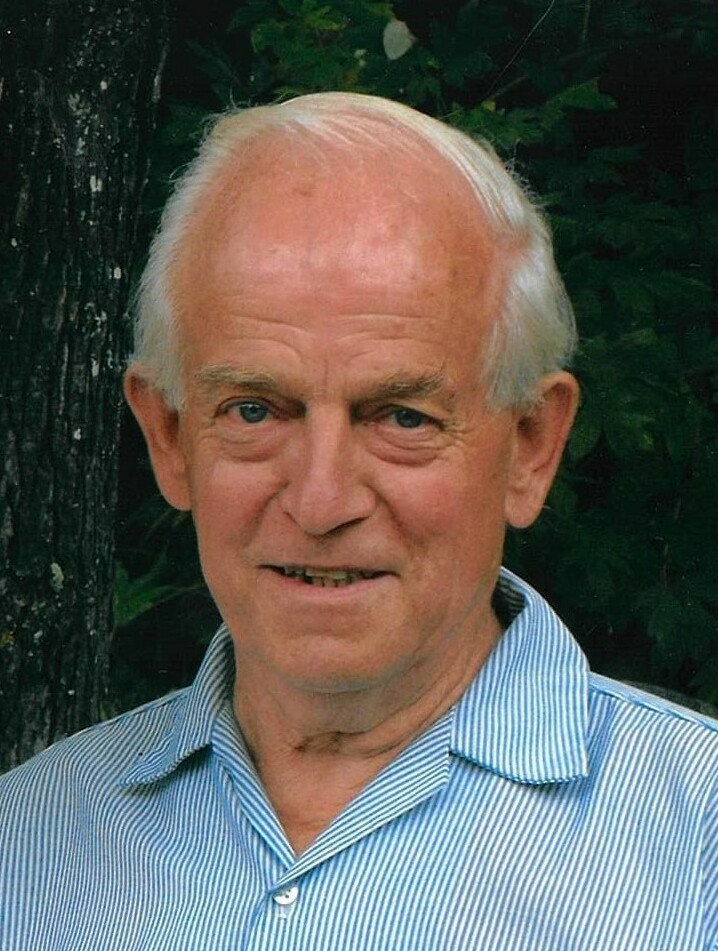 Francis Bertrand Bennett (Bert) passed away on August 28, 2022 at the age of 88. Beloved husband of Clare (Smith) for 63 years. Father of Erin (Harry Bols), Brian (Coleen); Roxanne (Kevin Nolan), Ian (Gladys), Katrina (Joe Crozier), Bruce (Sandi), Sharon (Don Marcellus), Marcia (Dave Hudson) and Jacqueline (Marc Poirier). Grandpa to 22 and great-grandpa to 14. Predeceased by his parents James and Catherine Bennett. Bert is survived by his siblings Babe (Wilf Brown), James 'Bud'(Fran), Ron (Jeanne), Kevin (Marlene), Arlene (late Michael Breen), Carson and by his in-laws Dave Phillips, Maurice and Jane Smith and Margaret Anne and Wayne Langlois. Predeceased by his siblings Sister Pamela CSJ, Rosemary, Louise and Bob and his in-laws Mary Phillips, George and Pat Smith and David, Bernadette Smith, Ron Johnston and Alma Bennett. With Clare by his side and a strong sense of faith, they raised 9 children. Many happy and fond memories were held around special gatherings as family was the most important thing in Bert's life. He had a love and appreciation of horses, goats and all nature. He enjoyed carpentry and built his own house and barns. he marvelled at the many types of wood there were. He had a good sense of humour and enjoyed teasing his children and grandchildren. Throughout his life, his brightest moments were when the wee ones would come to visit - his eyes would light up. Bert had a love of learning which he passed on to all of those around him. Bert has resided at the Bonnechere Manor for the past two and a half years. Many, many thanks to the staff of HM2N and HM2S and Dr DiPaolo for their dedication and attention to Bert. An extra special thank you to Tanya who helped the family tremendously in Bert's last days. Visitations at the Goulet Funeral Home 310 Argyle St S, Renfrew on Tuesday August 30 the from 4-8 pm. A Mass of Christian Burial will be celebrated at Our Lady of Fatima Church on Wednesday August 31st at 10:30 am. Interment Parish Cemetery. In lieu of flowers, donations to the Sunshine Coach, Bonnechere Manor Foundation, or Renfrew Victoria Hospital would be greatly appreciated. Online condolences/donations may be made at www.gouletfuneralhome.com

Share Your Memory of
Bert
Upload Your Memory View All Memories
Be the first to upload a memory!
Share A Memory