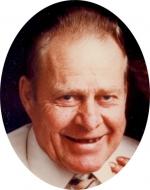 Mass of Christian Burial will be celebrated at Our Lady of Fatima Church, Saturday April 25th at 10 a.m

Share Your Memory of
John
Upload Your Memory View All Memories
Be the first to upload a memory!
Share A Memory
Plant a Tree