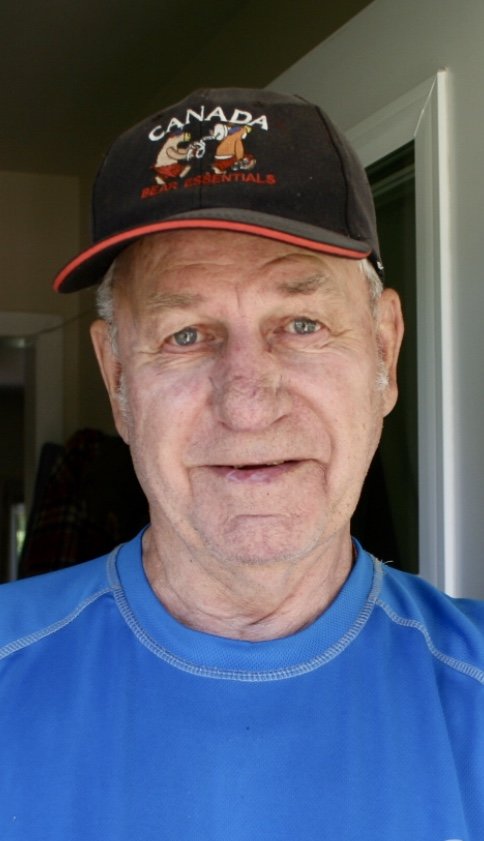 Peacefully at the Renfrew Victoria Hospital, Renfrew, Ontario on Friday the 21st of May, 2021. Kenneth Voldock, in his 88th year, born in Barry’s Bay Ontario, son of Johanna and John Voldock. Predeceased by sisters Rita (Ben) and Beatrice (Ed). Devoted brother to Charlotte (Greg) and caring uncle to many nieces and nephews.Kenny also leaves behind his close friend and cohort Jayne. He resided at the Renfrew Rotary Homes for 33 years where for quite some time had a small business of cutting grass and blowing snow in the local area. He also did small engine repairs and was extremely busy doing that as he was well known as “the man that could fix anything!” In the summer months he always had a garden that could rival the very best of them and could not wait for his green onions but especially the yellow beans to be ready! Of course when his delicious tomato’s and cucumbers ripened he always made sure he had enough for sharing. He had a considerate neighbor Shirley of 22 years that consistently shared treats with him! He loved to go and play euchre in Horton Township at the Community Centre with his dear friend Lillian and even snow storms wouldn’t stop them! Ken was a proud member of the Renfrew Darts League for many years and also enjoyed bowling, playing pool and fishing in his earlier years. He was also a member of the Renfrew Silver Seniors Club where he enjoyed camaraderie and their turkey dinners served several times per year! Ken will be especially be missed by his friend Don who regularly picked him up to go to take him for drives to Barry’s Bay with Tim Horton’s in hand. So many thanks to the nurses on the second and third floors of Renfrew Victoria Hospital. Special mention to ICU nurse Carilynn and Kelsey and also to Tammey Jessup who went above and beyond for both Ken and Jayne. Words cannot express the gratitude felt toward Doctors Mushtaq and Cybulski. They are brilliant and were pivotal to Ken’s diagnosis and comfort. Thanks be to you. Private arrangements have been entrusted to the care of the Goulet Funeral Home. Donations in his memory may be made to the Renfrew Victoria Hospital. Online condolences/donations may be made at www.gouletfuneralhome.com

Share Your Memory of
Kenneth
Upload Your Memory View All Memories
Be the first to upload a memory!
Share A Memory