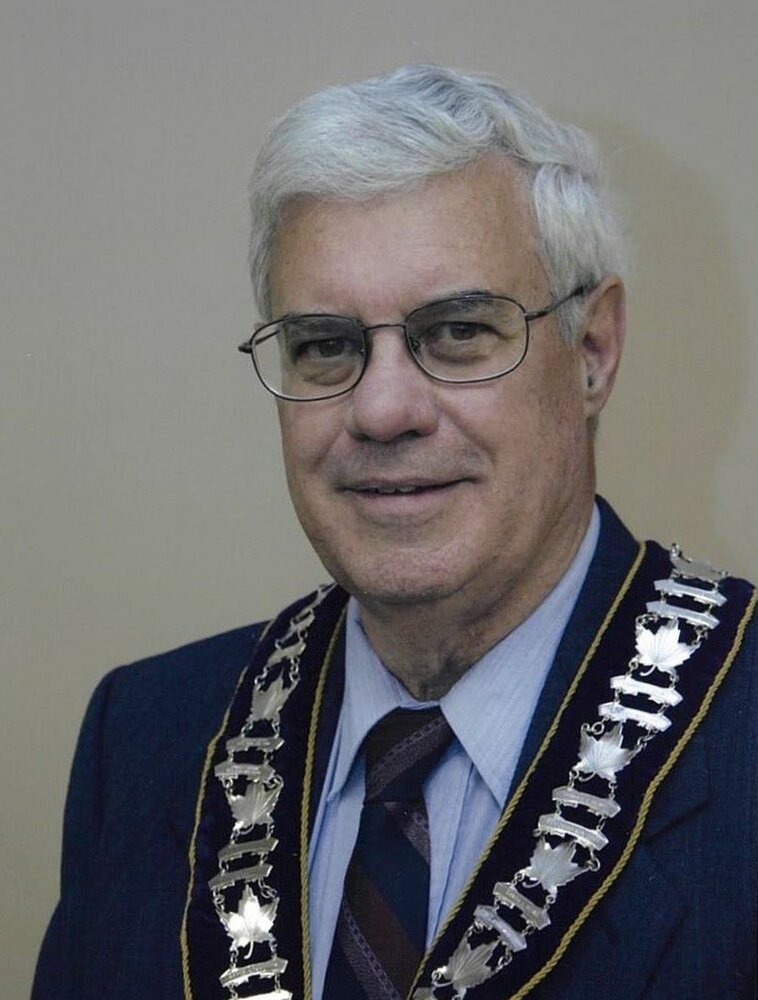 Obituary of W. A (Bill) Ringrose

It is with great sadness that Bill's family announce his sudden passing at his home on Wednesday December 14, 2022 at the age of 77.  Bill was born on December 10, 1945 to Christina and Herbert Ringrose. Cherished husband of 55 years to Susan O'Neil. Dearly loved Dad of Bruce (Tammy), Joyce (David Charlebois) and Robert (Heather). Proud grandpa of Megan, Russell, Jamie, Kevin, Brian, Kelly, Jackson and Mya. He will be fondly remembered by his niece Julie and the O'Neil family. Predeceased by his brother John.

Bill worked for 25 years with Ontario Hydro and one year with Nova Scotia Power Commission. Throughout his life he was extremely involved in the community where he owned the Renfrew Bookroom, was a referee for Renfrew Minor Hockey, and was a councillor for the Town of Renfrew for over 17 years. He had a passion for golf, books, bridge, model trains and the Renfrew Rotary Club.

Visitation will be held at the Goulet Funeral Home, 310 Argyle St S Renfrew on Monday December 19th  from 2-4,6-8 pm. A Mass of Christian Burial will be celebrated at St. Francis Xavier Church on Tuesday December 20th at 10:30 am. Spring interment parish Cemetery.  Donations in Bill's memory may be made to Hospice Renfrew. Online condolences/donations may be made at www.gouletfuneralhome.com

Share Your Memory of
W. A (Bill)
Upload Your Memory View All Memories
Be the first to upload a memory!
Share A Memory